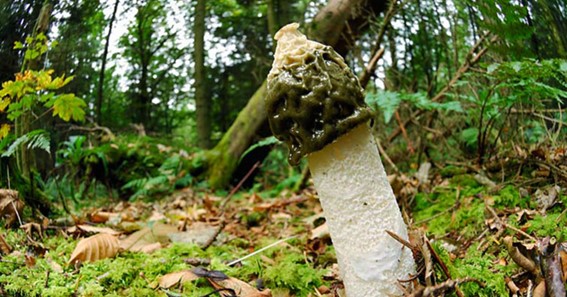 How To Get Rid Of Stinkhorn Fungus?

You can follow these methods to know how to get rid of stinkhorn fungus.

Stinkhorn mushrooms are usually found in mulch, lawns, and areas with bare soil. They are known to be a noxious fungus and their smell can be like feces or dead/decaying animals. Without wasting much time, let’s now deal with a stinkhorn and learn how to get rid of stinkhorn fungus.

Different Ways To Get Rid Of Stinkhorn Fungus

You can easily attempt to kill this type of mushroom by learning how to get rid of elegant stinkhorn fungus.

You can simply dig out the stinkhorn fungus’s egg-shaped base to get rid of this mushroom. Make sure you put on a pair of disposable gloves to avoid getting your hands dirty and smelly. Dispose of this mushroom in an airtight plastic bag after you finish killing the mushroom.

After removing the fungus from its base it is important to remove the soil surrounding the removed mushroom. Simply dig up the top layer of soil in about a 6-inch radius around the mushroom you’ve removed. Dispose of this soil in the plastic bag along with the stinkhorn fungus by sealing it firmly.

You can keep on reading to know more about how to get rid of stinkhorn fungus.

It is important to make sure that the fungi and surrounding spores are completely dead. You can spray fungal killer on the affected area to kill stinkhorn eggs. You can purchase a safe, nontoxic fungal killer spray from a nearby nursery or gardening store.

Now you must be wondering what kills stinkhorn fungus. You cannot use harsh chemicals to kill this fungus as can harm other plants in the area. To kill stinkhorn fungus, you can mix boiling hot water and bleach at a 1:1 ratio. Pour this hot mixture on any lingering stinkhorn to prevent new mushrooms from growing in the soil.

Similarly, you can also use lime to make the soil uninhabitable for the fungus. By using a shovel, spread lime over the soil that has been producing stinkhorn fungi. As lime is a caustic substance, make sure you be very careful while handling it. Also, ensure you’ve dampened the soil before laying down the lime.

No, stinkhorn fungus is not dangerous. No human fatalities have been recorded till now by consuming this mushroom.

Is Stinkhorn Fungus Poisonous To Dogs?

No, stinkhorn fungus is not poisonous to dogs. But some dog owners have reported stinkhorns to make their dogs sick. You can consult experts to identify and tell if they are indeed a cause of concern.

How Do You Stop Stink Horns From Growing?

You can use a few methods to deal with stinkhorns in your landscape: Remove decaying organic matter, especially sawdust piles, dead roots, underground stumps, and hardwood chip mulch. Consider using vegetative groundcovers as opposed to mulch, and/or keep large mulched areas away from your house.

Why Are Stinkhorns Growing In My Yard?

Stinkhorns tend to appear more frequently in hardwood mulches than in pine bark mulch. Fungus grows on mulch occasionally as part of the natural decay process. The slime molds tend to appear more often in wet weather and will disappear when conditions no longer favor them or when the mulch breaks down sufficiently.

How Do Stinkhorns Spread?

Stinkhorns produce a sticky spore mass in slime on top. The odor is often described as that of carrion or dung and attracts flies. The flies land on the mass, the spores stick to their legs and the flies carry them to other locations, thereby spreading the stinkhorns across the countryside.

What Happens If You Touch A Stinkhorn?

Stinkhorns are not harmful to you, your children or your pets, but as with any other wild mushroom you should not play with or eat them. If you do handle them, wash your hands as soon as possible afterwards. There is another fungus growing in this garden that is also often introduced with mulch.