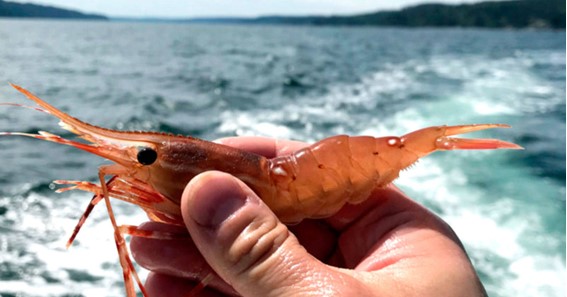 Shrimping is a term that refers to the process of catching and harvesting shrimp, a type of small, freshwater, or saltwater crustacean. Shrimping is an important industry in many parts of the world, as shrimp is a popular and widely consumed seafood.

There are several different methods used for shrimping, depending on the type of shrimp being caught and the location of the fishing operation. Some common methods include:

This method involves pulling a large net behind a boat, which captures shrimp and other small marine animals as it is dragged through the water.

This method involves using a specialized boat with a large, flat bottom and a scoop-like device called a dredge, which is used to scoop up shrimp and other animals from the bottom of the ocean or river.

This method involves manually collecting shrimp from shallow ponds or other bodies of water.

This method involves using various types of traps or cages to capture shrimp. These traps can be baited with food to attract the shrimp, and they can be set in shallow waters or placed along the bottom of the ocean or river.

In addition to these methods, shrimping also involves the use of specialized equipment such as boats, nets, and traps, as well as various technologies for processing and preserving the shrimp after they are caught.

Shrimping is an important economic activity in many parts of the world, and it provides a source of livelihood for many people. However, it can also have negative impacts on the environment, including overfishing, habitat destruction, and the accidental catching of non-target species. As a result, responsible shrimping practices and sustainable management of shrimp resources are important for the long-term health of the industry.

Do Dwarf Shrimp Eat Their Young?

Most species of dwarf shrimp will not eat their young.

What Do Dwarf Shrimp Eat?

Most dwarf shrimp are omnivores. They will eat just about anything in an aquarium that is edible. Many of the shrimp will eat the algae that naturally occurs in aquariums. Sinking pellets and blanched (boiled until soft) vegetables make good foods for dwarf shrimp, as well.

Can I Keep Fish With My Dwarf Shrimp?

Many fish will make a quick meal of dwarf shrimp. If the shrimp can fit in the mouth of the fish, odds are the fish will eat the shrimp. There are a few peaceful small-mouthed fish that work well with shrimp such as neon and cardinal tetras, Endlers Livebearers, and smaller rasboras. If you are planning on breeding dwarf shrimp and raising the young it is not suggested to have any fish in the aquarium with the shrimp.

What Is The Sexual Act Of Shrimping

What Is Shrimping Sexually

What Is Shrimping Sex

What Is Shrimping In Sex

What Is Space Shrimping

What Does Shrimp Mean Sexually

He Is A Shrimp Guy Meaning