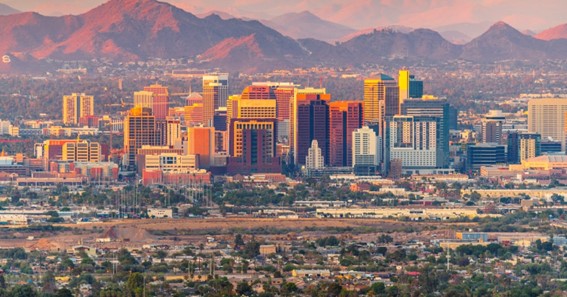 Considering a move to Arizona? So, the cost of living in Arizona becomes significant for you. Arizona is a state in the Western United States, grouped in the Southwestern and occasionally Mountain subregions. It is the 6th largest and 14th most populous state among 50 states of the United States. According to some reports, Arizona is one of the best places to start a new life. Most of the cities in the state are habitable when you consider human factors such as living costs. Here is everything you need to know about the cost of living in Arizona.

What Is The Cost Of Living In Arizona?

The other expenses include the cost of health care, utility bills, internet bills, fitness, and many more. Let’s know it in detail.

As per the 2020 Bureau of Economic Analysis Personal Consumption Expenditures by State report, the average annual per-capita cost of health care is $6,418. It is worth noting that how much you will spend on health care can vary greatly depending on your specific health care and what type of coverage you have.

Even after you own a home and pay it off fully, you will still need to pay for utilities every month. The monthly bill for electricity is $137, Gas $16, cable and internet $104, and water $64. These are the average monthly utility bill expenses look like in Arizona.

In Arizona, the fitness cost is not predictable because it varies according to different Gyms and fitness clubs. If you buy a subscription for a year then you will get some percentage of discount on it. If you don’t want to spend your savings on fitness then you can do your daily exercise at your home.

Regardless of where you live, you likely set aside money for entertainment costs every so often. Whether you are funding a hobby, entertainment, or anything that makes you happy, you should include these costs in your budget.

The state of Arizona charges residents a state income tax. While some states have a flat income tax rate, Arizona’s is offered in graduated brackets based on income. As per the Tax Foundation’s State Individual Income Tax Rates and Brackets for 2021.

You can collect more information about such topics on Howtat

Is Arizona Expensive To Live In?

Arizona is an affordable place to live, especially when compared to nearby states. Phoenix and San Diego both have similar climates and population sizes, but Phoenix is over 50% cheaper. If you’re relocating from Nevada or California, you’ll probably notice a significant reduction in your living expenses.

What Is The Average Monthly Cost Of Living In Arizona?

Is Living In Arizona Cheap?

Arizona has also earned a reputation for is its relatively low cost of living. While costs can vary significantly across the state, it’s surprisingly affordable to live in many Arizona communities–including some of the best-known cities and college towns.

Does Arizona Have State Income Tax?

The state of Arizona requires you to pay taxes if you’re a resident or nonresident that receives income from an Arizona source. The state income tax rates range from 2.59% to 4.50%, and the sales tax rate is 5.6%, and an average local sales tax rate of 2.8%.

Are Groceries Expensive In Arizona?

In Arizona, a family of four can expect to spend an average of $9,338 on food in 2022, the 18th lowest amount among states, according to the EPI’s Family Budget Calculator.

Why Is Arizona So Cheap To Live?

The cost of living in Arizona is low thanks to reasonable housing prices. The median home value is just $225,500, which makes getting on the property ladder much easier. Houses in some parts of the state like Tucson are even cheaper, costing around $155,300.

In this article you have known about the living costs in the state of Arizona. When you decide to move to another country or state, you should always do your homework regarding the living costs. Because it becomes very tough to manage your budget after moving to new places. The state has the unique privilege of being home to The Grand Canyon National Park, the Petrified Forest National Park, and the Saguaro National Park. This was all about the cost of living in Arizona.