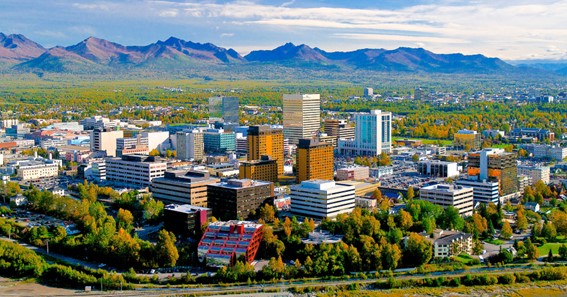 Alaska had been a topic of conversation for a long time because of the higher cost of living in Alaska. If you are a lover of outdoor roaming, are brave enough to handle below-freezing winters, and love the idea of seeing the Northern Lights in person, then there is no better place for you than Alaska. Alaska is a state located in the Western United States in the Northwest extremity of North America. The state is widely known for its wide-open spaces, abundant outdoor experiences, and Alaskan Native culture. Let’s know the cost of living in Alaska.

What Is The Cost Of Living In Alaska?

Besides food costs and home rental costs, travel costs also greatly contribute to the living costs. While looking at the cost of living in Alaska vs Florida, you will find Alaska more expensive.

The cost of living increases in Alaska, when you add the cost of healthcare to it. A single adult resident of the state of Alaska spends $2,415 on healthcare costs per year. While $8,056  is required for a family of four in the same period.

Staying fit in Alaska can be if you can do your own exercise at your home. With so much increased natural scenery and some parts of the year boasting well over 18 hours of sunlight, whether you walk, run, bike, or skate, the Alaskan scenery, Alaska is perfect.

Whether you are a rugged mountain lover or a fitness fanatic looking to break a sweat in the Alaskan winter, you have got options. Alaska is filled up with fitness and entertainment opportunities for people to take advantage of at any time.

Alaska does not have a state income tax or sales tax, so residents save a significant portion of their paycheck by living in the state.

Is Alaska Expensive To Live In?

Unfortunately, Alaska is also known for being one of the most expensive states. As of January 2021, the cost of living in Alaska was 24.09% higher than the national average.

How Much Does A House Cost In Alaska?

Are Groceries Expensive In Alaska?

What Are The Dangers In Alaska?

Alaska is one of five Pacific states in the United States especially vulnerable to tsunamis, which can be triggered by earthquakes, volcanic eruptions, submarine landslides, or onshore landslides.

Can I Afford To Live In Alaska?

Alaska’s incentive program dates back to 1976, and it’s called the Permanent Fund Dividend. How much do you get paid to live in Alaska, though? In the past, citizens have qualified for up to $1,600 for simply living in Alaska, and in 2021 the amount was $1,114.

Alaska is home to the highest concentration of millionaire households in the United States. Also, it has some of the highest-paying professionals in Alaska at approximately $65,265 per year. There are some things that come to mind when you think about Alaska including the northern lights and glacier cruises. Alaska delivers many job options with a federal minimum wage of $10.34 per hour. This is all about the cost of living in Alaska.